On October 17, 2019, CDC Biodiversité (a subsidiary of the Caisse des Dépôts et Consignation) presented the successful completion of a local project in Bussière-Galant (Limousin region): the restoration of the waterways network. The work was partly funded by SILAB, as part of the Nature 2050 program aimed at adapting the local regions to climate change and improving their biodiversity by 2050. 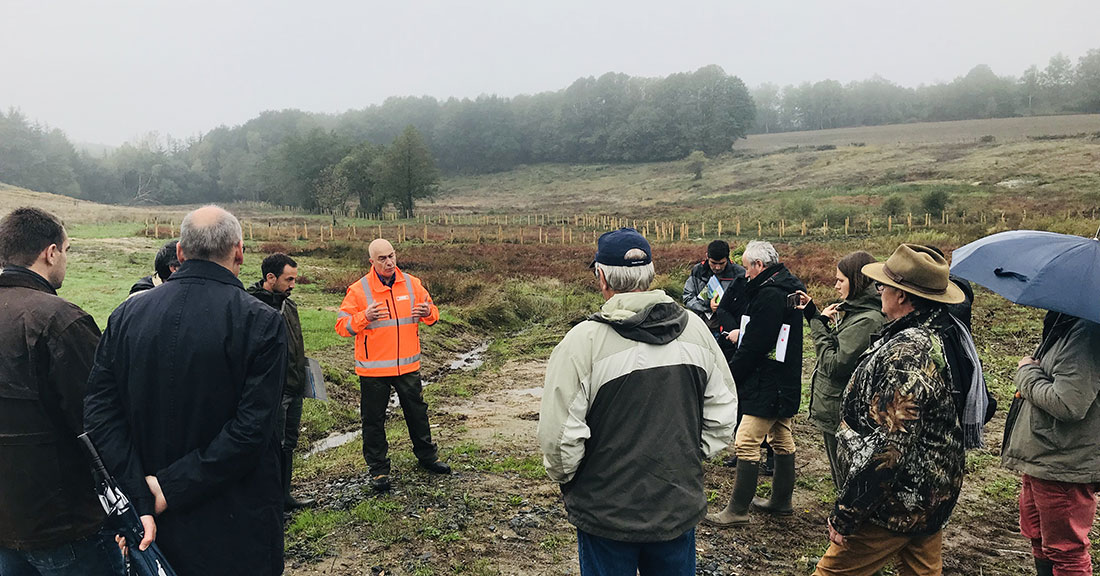 Restoration of the waterways network

Ponds are very common in the Limousin region and in some cases can have a lot of negative impacts on the environment, a situation that can be aggravated by non-use and non-compliance with legislation. The natural aquatic environment then becomes a victim of warming of the water, sediment blockage or shortage of waterways networks for fish migration. Thus, it can be necessary to “remove" a pond.

It was the case with the Mazet pond in Bussière-Galant, 70 km from the SILAB site. This 7,800 m² pond was created in the 1970s. In 2013, a breach occurred in the dike, completely emptying the pond. In December 2018, work was launched to remove this pond while preserving the wetlands that will replace this waterway.

This ecological trajectory of the site will be maintained until 2050, following the management plan set out by the Regional Natural Park. This sustainable project is an example of action to protect drainage basins, which act as genuine climate shock absorbers that protect against heatwaves and store carbon efficiently.

SILAB’s commitment: an ecological counterpart to its development

With its business and its ongoing drive for innovation, SILAB draws inspiration from nature and biodiversity. Defining appropriate sustainable strategies for protecting biodiversity is a key issue for the company. With this in mind, since 2016 SILAB has been part of the Nature 2050 program with CDC Biodiversité.

Its commitment involves funding the protection of 1 m² of biodiversity for each m² built on its single site. In four years, SILAB’s contribution has helped to protect 7,000 m² of natural environment until 2050.

Biodiversity represents a store of possibilities for our company, which uses raw materials taken from nature... This contribution is voluntary, it is not an additionnal tax requirement. In the context of our company's development, it's important to play a role in protecting biodiversity through the Nature 2050 program, as a kind of ecological offsetting!, Xavier Gaillard, Deputy General Manager for Strategy, in charge of CSR.

Fully engaged in this area, SILAB intends to continue its commitment in 2020 through an agropastoral project on its territory.